Fencing is a sport for everybody.  It challenges both body and mind through a unique blend of skill, discipline, competitiveness and athleticism.  It is a wonderful sport to watch in action, even better to play en piste.

Fencing is a modern sport and ancient art. It comes to us from across hundreds of years of history, from an era of chivalry. Today we have a fast, dynamic and physically demanding activity. An activity which combines grace and rhythm of movement with strength, power and flexibility. It is an activity for leisure, for fun or sport. It can be for recreation, theatre/artistic performance or competition. In effect fencing offers a range of options, for anyone with a taste for exercise and effort. The aspect of a combat solicits the need for thought, reflection, observation and analysis, as in a game of chess.

Fencing as a sport is three disciplines in one sport. There are three weapons; foil, epee and sabre. Each weapon has its own history, rules, and characteristics, which lead to their own techniques and methods. All three have an electrical scoring system for registering the hits and points. 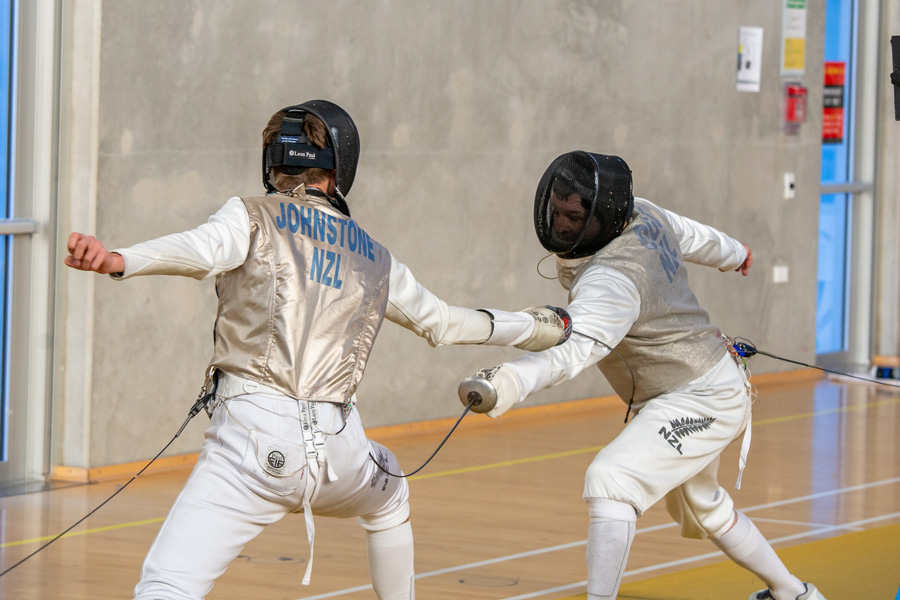 The Benefits From Fencing:

Fencing is a combat sport, a sport of opposition. The confrontation with a weapon in hand results in having rules for safety, to ensure the fencers are able to fence and practice safely. The weapon creates a relationship between the two fencers, both psychological and the physical pyscho-motor resposnes. As with all opposition sports, it is an individual sport played in pairs where surpassing yourself is only possible through the other. Expert manipulation of the weapon relies upon physical strength. Self-control is needed to master the impulse for excessive force and violent action. On the other hand, people who are normally reserved, find freedom for self-expression when wearing the mask. The weapon permits the balance of forces between students to be re-established.

To find out how you can try fencing contact your local club.